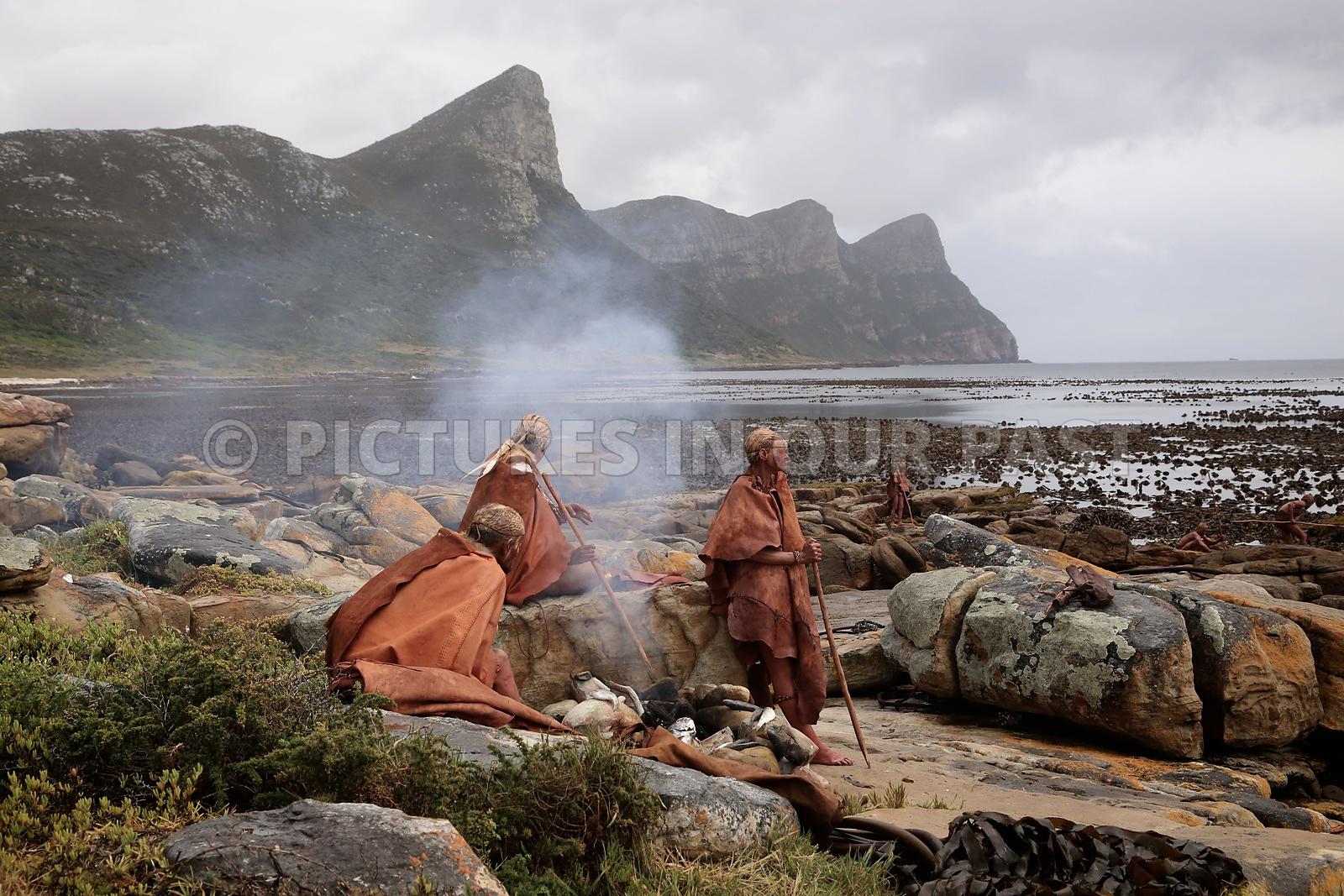 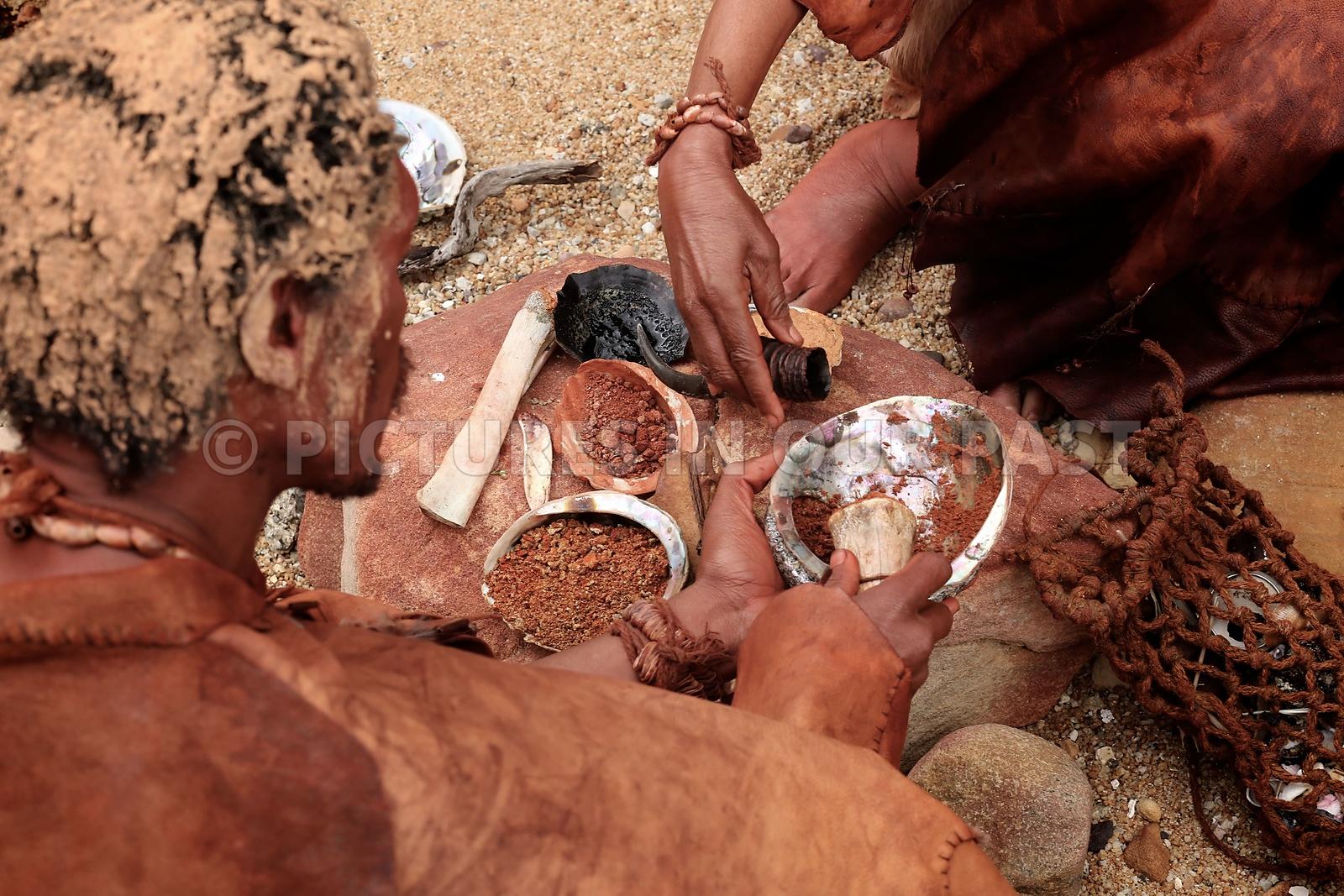 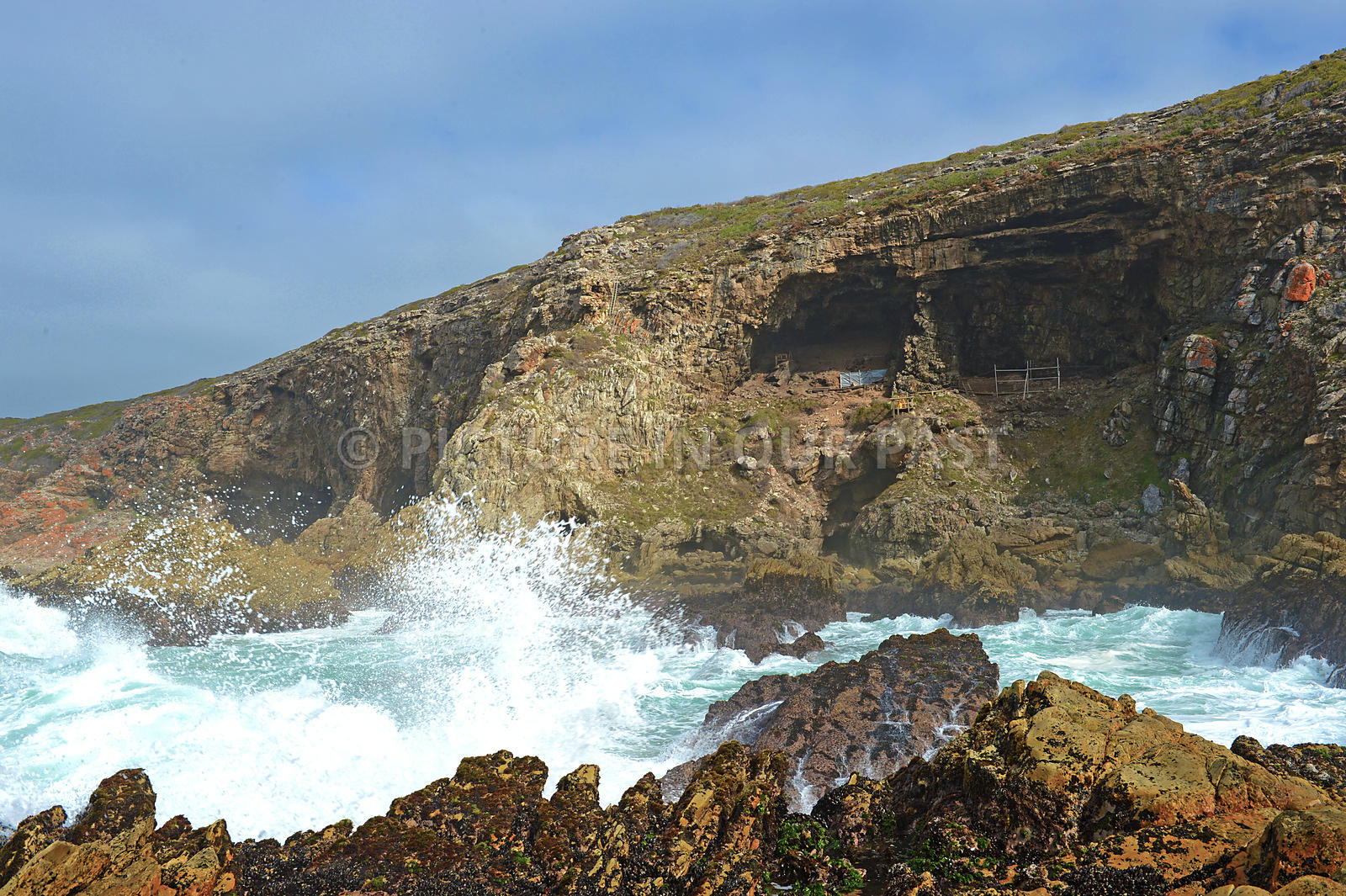 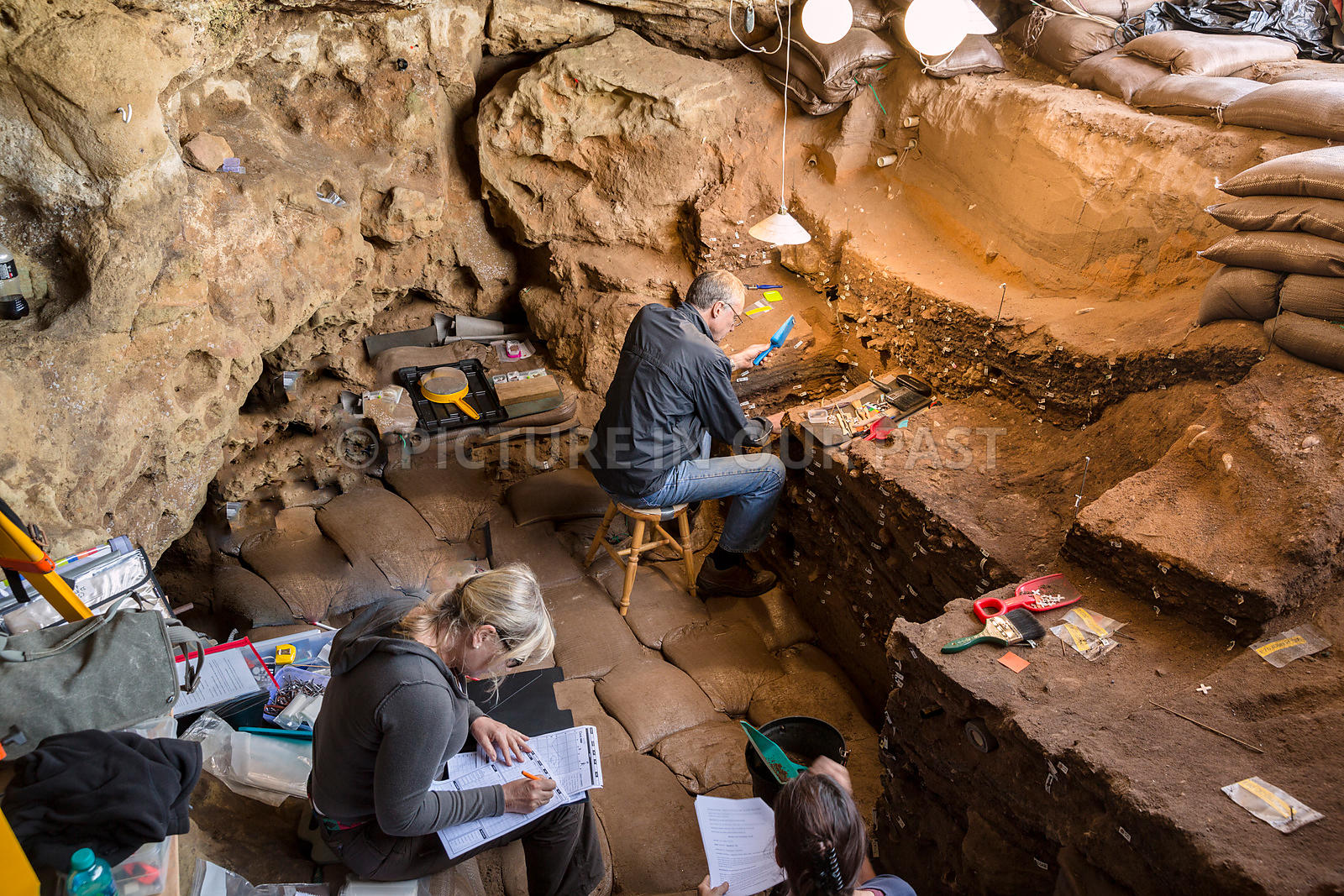 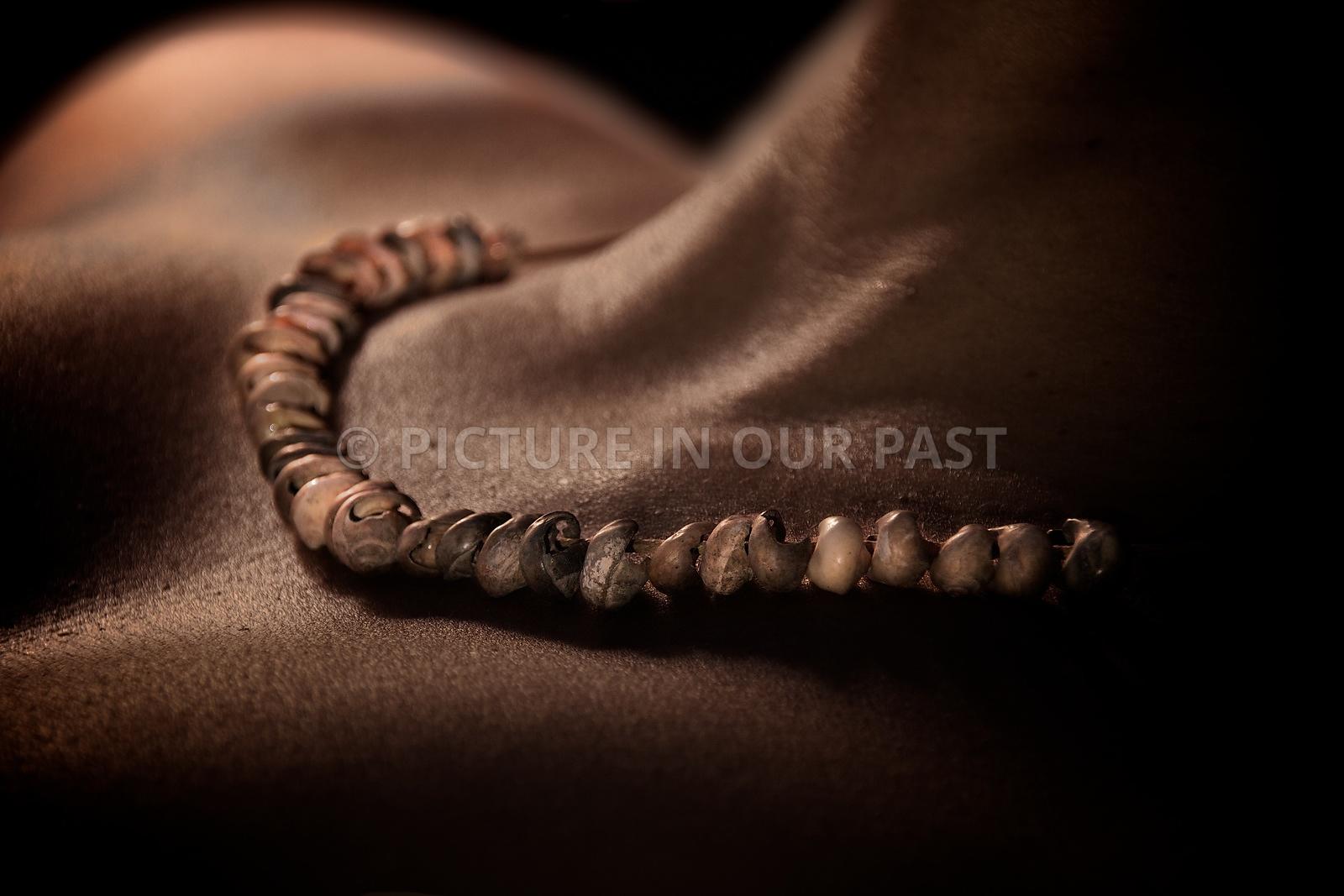 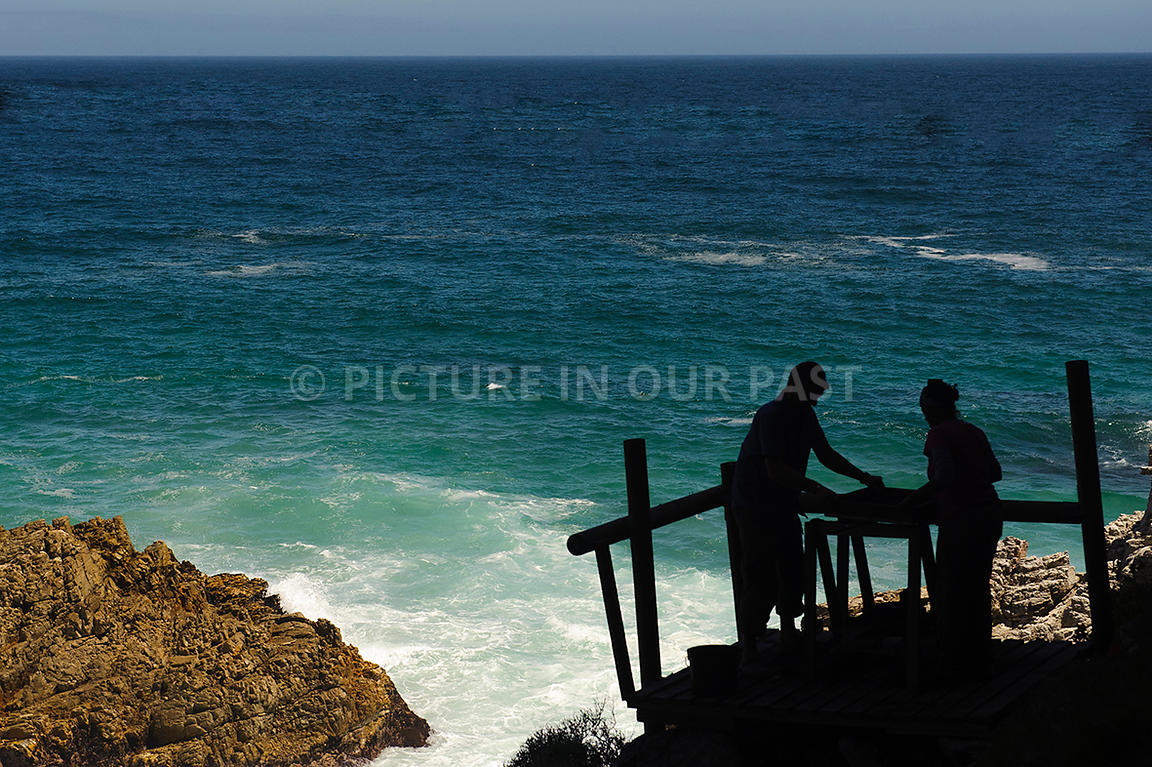 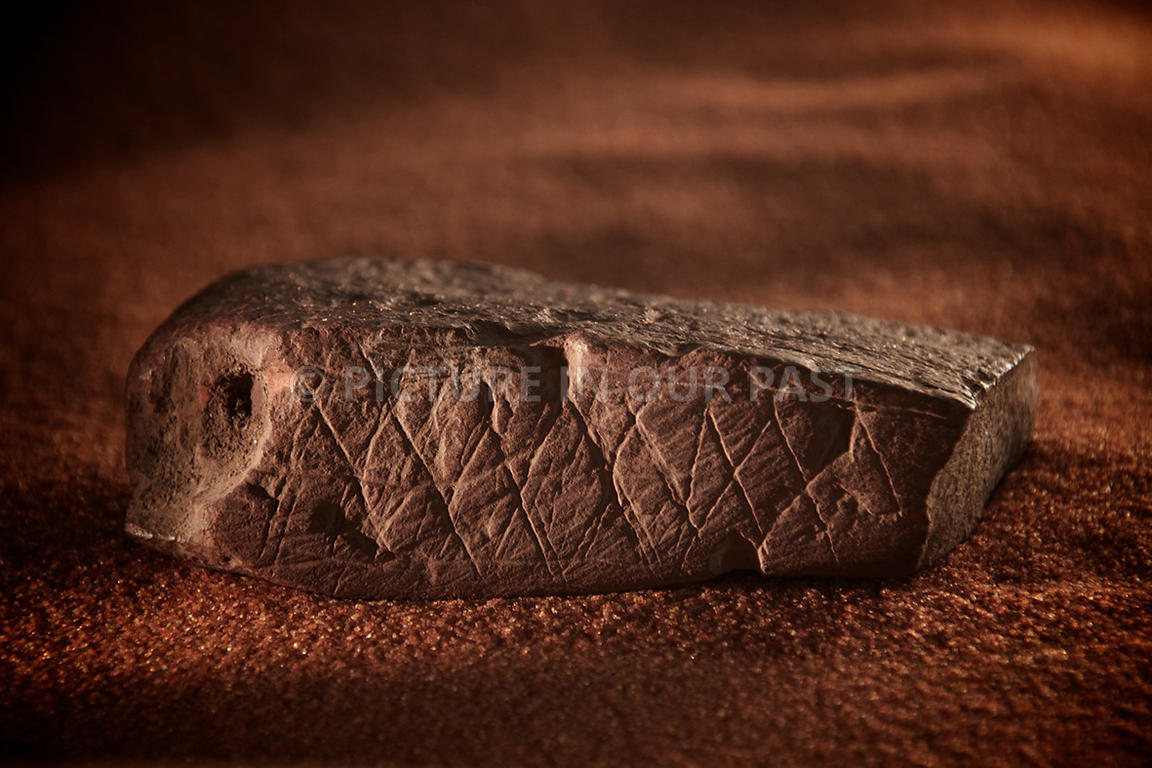 Pictures in our Past showcases images that illustrate the archaeological findings from Blombos Cave and the Klipdrift complex, two sites situated on South Africa's southern Cape coastline. These caves have been used by our direct human ancestors, Homo sapiens, for at least 100 000 years. We present images showing the sites, the excavations in progress and the artefacts found at the sites. We have also provided photographs of the surrounding coastline and the animals that were foraged and hunted by these early humans to illustrate the lives that they lived. Images are available to purchase for editorial and commercial use. The copyright for all images is held by us.

The funds raised from the sale of these images are used to further our archaeological research in the southern Cape and for our educational outreach programmes in the Western Cape. The funds are held in a trust account that is audited annually by the University of the Witwatersrand. A photographer may receive a fee if their image is sold. Please ensure that the photographer is credited when the image is used.

Compared with the lifelike art created in Europe thousands of years later, artefacts like these seem rudimentary. But creating a simple shape that stands for something else, a symbol made by one mind that can be shared with others, was a major cognitive step. When the earliest humans mastered the art of conceptualising, creating and storing items that enhanced their lives, such as complex tools or ornamentation, it represented a threshold. For the first time information could be stored outside of the human brain. That milestone appears to have been passed far earlier than thought, in Africa. These first concrete expressions of consciousness represent a leap from our own common past toward a species now absorbed in symbols, from the signs that guide our progress down the highway to the icons on an iPhone.

Despite these finds, research in Africa on early humans is still in its infancy. We do not know why these innovations, technological and symbolic – or a combination of both – evolved, how they were used, why they were significant and why they appeared and disappeared. These elements show up in the archaeological record, persist in a limited area for a few thousand years, and then vanish. It seems increasingly unlikely that some genetic ‘switch’ flipped in our African ancestors to produce the capacity for a new, higher-order level of cognition that, once it evolved, produced a lasting but at times discontinuous change in human behaviour. How do we explain these flare-ups of creativity? It could be that the fragments of evidence that have been found – especially in southern Africa – are only now revealing that the modern mind evolved more as a ‘slow burn’ than an explosion. We need to know more about the workings of the early human mind as well as the role that climate and environmental variability played in this complex scenario in which symbolic human behaviour evolved.

Blombos Cave (BBC), is an archaeological site situated on the southern Cape coastline of South Africa. It contains Middle Stone Age (MSA) deposits dated at between 130 000 and 72 000 years ago, possibly the most important period in the early development of modern human behaviour. Since 1992 each excavation season at the site has yielded important new information on the behavioural evolution of Homo sapiens. This includes, at 75 000 years ago, among the earliest known evidence for the manufacture of personal ornaments made from shell beads, formal bone tool production, engraving of abstract designs on ochre and bone, the deliberate heating of silcrete (a lithic raw material) and the subsequent manufacture of bifacial stone points on this material using pressure flaking. In the 100 000 year old levels a complex tool kit was uncovered that provides the oldest known evidence for the use of containers and for the production of an ochre rich pigment or paint. These findings from Blombos Cave and subsequent re-analysis and excavation of other contemporary sites have resulted in a paradigm shift with regards to our understanding of the timing and location of the development of modern human behaviour.

Surveys for archaeological sites in the De Hoop Nature Reserve, southern Cape, South Africa resulted in the discovery of a cave complex comprising two locations: Klipdrift Cave and Klipdrift Shelter. Excavations commenced in 2010 with Later Stone Age deposits initially being recovered at the former site and Middle Stone Age deposits at the latter. The lithic component at Klipdrift Shelter is consistent with the Howiesons Poort, a technological complex recorded at a number of archaeological sites in southern Africa. The age for these deposits at Klipdrift Shelter, obtained by single grain optically stimulated luminescence, spans from roughly 65 000 years ago to 59 400 years ago. Controlled and accurate excavations of the discrete layers have resulted in the recovery of a hominin molar, marine shells, terrestrial fauna, floral remains, organic materials, hearths, lithics, ochre, and ostrich eggshell. More than 95 pieces of the latter, distributed across the layers, are engraved with diverse, abstract patterns.

Sea-Change is a not-for-profit foundation based in South Africa. The Sea-Change team is developing a multi-media project that tells the story of the birth of humanity, and the ancient relationship we all have with the sea. For more information visit http://seachangeproject.com/.